My inner ramblings of motherhood and more.

A couple of months ago I had my first break away on my own since having the girls. As in – no husband, no offspring. Just me and my best mate Jo (lovingly referred to as my “Wifey”) and a gaggle of splendid women.

I’m not expecting a “Oh, poor old you” for not having escaped on my own thus far. I’ve been lucky enough to have clocked up a few child free nights away with Jamie in the last three years, and I also realise some mamas are yet to have left their broods, whether by choice or circumstance. In fairness, I’ve had an ample amount of opportunities to indulge myself in some solo escapism since becoming a mum (namely Jamie pleading “Just go away, pleaseeeeee”) It just wasn’t the right time for me. However, three years postpartum, off I galivanted to Palma for 48 hours!

And that was just the flight.

Jesting aside, the captain could have announced upon landing in Palma that we would now be diverting back to London where we would all disembark the aircraft and go home. I would have gladly gone on my merry way, suitably rested after a four hour round trip. Luckily for me, the fun had just begun.

I’ve said it before and I’ll say it again; no one can tell you before kids just how much being on your own and having time to yourself after kids is so precious. And rare. For me, to spend the whole flight sat on my ass with a hot coffee, reading my kindle was a much needed slice of respite, and on par with a day at the Spa.

I thought I might miss the bedlam of having the girls at the airport, or on the plane. Nope. Not me.

Did I miss struggling to keep a one year old restrained on my lap prior to the seatbelt signs being turned off? Nope. Did I miss changing nappies and hovering a three year over toilet seats caked in urine confined to the tiniest possible space? Nope. Did I miss walking hunched over with Marnie up and down the fucking aisles, as she craned her neck to wake yet another passenger from their slumber shouting “HERROOOOOOOO”? Nope. Didn’t miss any of that one bit.

With time alone rationed, I tend to feel massive pressure of how I should spend it when the opportunity comes around. You want to make the most of it and relish the time away. You want to have fun but feel rejuvenated, relax but let loose. Decisions!

So with my date of freedom secured in our shared diary (no going back now, no sireeee) I was initially torn as to whether I wanted to just escape for 48 hours and get smashed all weekend or hole myself up in a spa to lie the fuck down and drink peppermint tea.

Needless to say, I pondered the dry spa option for about, um a minute or two. 48 hour mini break getting smashed it was! 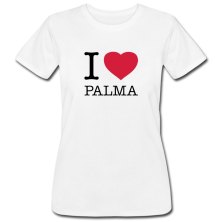 It’s pretty much standard now that I am permanently tired, no surprises there – so, sleeping off a weekend of debauchery is non-existent – once you’re back on duty you’re back on duty. Aint no other mutha gonna be changing your babies nappies the morning after a heavy weekend. It was, as they say – go hard or go home. Such is the life of a reluctantly restrained social butterfly (that’s me by the way) I went hard, then went home. GAH.

Consequences aside, I arrived in Palma over excited but also super nervous at the prospect of not seeing my girls for 48 hours.

I can only imagine the delight Jo had in me narrating the girls routine to her throughout our stay “Ohhh, they’ll be having their breakfast around now – bet the kitchen is a complete mess” followed a few minutes later by “Ah, Elsie will have just finished ballet, I wonder what Jamie will do with them after? Mind you Marnie needs her nap so guess he’ll have to take them straight home” Yeah, soz about that Wifey.

The imperative thing about going away child free is choosing the right mates to go with. Unless you’re going away with mum mates (who are your kinda women) then friends who don’t have kids need to ‘get it’. Jo got it. And boy does that make a difference. She knew when I needed a little breather, when I wanted to FaceTime Jamie and the girls at 8am, even though she was asleep and still mildly intoxicated (which come to think of it I was too) and, when at dinner on the first night, come 10pm, after a 6am flight and a day full of free flowing rose and a tank full of tapas, I was edging close to face planting my patatas bravas, and so excused myself from the table to bed.

We ate, drank, cackled, drank some (much) more, sunbathed, chatted inane shit poolside and just hung out. IT. WAS. BLISS. Don’t let me fool you though. I was very anxious as to how I might unwind into my first break away from Jamie and the girls – fretting about routines whilst I wasn’t there, missing them, feeling guilty (oh the bloody guilt) and the pressure to HAVE FUN, but lucky for me I met the most brilliant bunch of women who made me feel super comfortable and maybe, just maybe drank more than me.

The frivolities continued into our last day, and never one to seemingly avoid a drama (or potential drama) as we all sat down to lunch, most of us feeling (me in particular) the effects from the previous day’s booze banquet and the hangover fear slithering in, I thought I had lost my passport. Excellent. Inwardly, my worst fears were confirmed. I would have to live in Palma. And my children would have to visit me on weekends when Jamie could afford cheap Ryanair flights (in hindsight, that doesn’t sound too bad a deal…). Outwardly (or so I thought) I tried to play it down. Me? Unflappable. “um yeah, so I’m just a bit worried I can’t find my passport in my handbag, but I’m sure it’s in my case, hopefully it’ll turn up. I’m sure it’ll turn up”. BEADS. OF. SWEAT.

Oh, but wait – it was going to be ok! Because one of the girls (who I would say, was at least a few vinos down by now) had a UK and Australian passport with her and I “reallllllyyyy looked like her” (four stone heavier) so, um you know, I could just use hers to get home. All was not lost. I would not have to live in Palma after all.

Just so you know, I left the lunch early, unable to eat (shocking) with Jo by my side god bless her, and we found my passport where I left it. In my suitcase. Yah. Potential drama right there.

And so my brood free mini break came to an end. I had a gloriously marvellous weekend. I didn’t have enough sleep, I drank a questionable amount of rose, an eye popping amount of espresso martinis and I really missed my little ladies, BUT – It was unquestionably worth it.

We all need time out. To refill that Mumma cup. However you take it, is up to you. Maybe an hour down at costa floats your boat, a lone trip to Sainsbury (I genuinely find respite in a solo supermarket trip) perhaps a spa is your thing or you’re more partial to a sleepless alcohol fuelled Balearic break – if you have the opportunity, bloody well take it.

Life’s a toughy. And you deserve it lady.